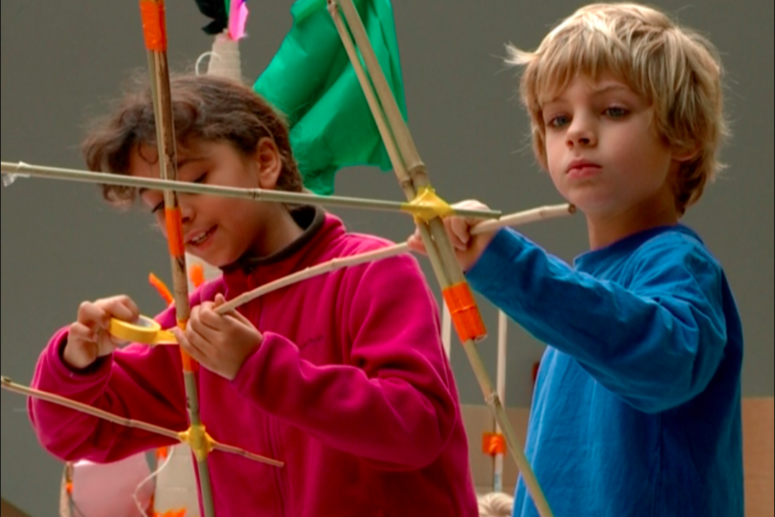 Adelita Husni-Bey was born in Italy in 1985 and currently lives in New York, United States. She was a Whitney Independent Study Program Fellow, New York, United States from 2012 to 2013. She received her BFA from the Chelsea College of Art and Design, London, United Kingdom and an MA in Photography and Urban Cultures from Goldsmiths, University of London, United Kingdom.

Her work was recently included in the Il Mondo Magico, Italian Pavillon, 57th Venice Biennale, Venice, Italy (2017–18); and other solo presentations have been held at the Sursock Museum, Beirut, Lebanon (2016); and Gasworks, London, United Kingdom (2012)

Adelita Husni-Bey is an artist and researcher whose vast practice explores micro-utopias to address collective memory and the mechanisms of political and economic power and control. Along with drawing, painting, video, and participatory workshops, she stages participatory workshops to reflect on and produce alternatives to Western societal structures. Her background in sociology as well as fine arts has helped in interrogating prevailing systems of organization of advanced capitalist societies in areas such as labor, schooling, and housing.

In 2018, Adelita Husni-Bey’s work was exhibited in the exhibition On Struggling to Remain Present When You Want to Disappear at OCAT Shanghai.

On Struggling to Remain Present When You Want to Disappear

The concept of “real” goes beyond the simple definition of truth, to encompass and question the norms and perceptions associated with both tangible and intangible forms of existence, thereby allowing the viewer to re-investigate the actual implications of “The time of the Real” we are in.